The famous “cowtown” reinvented into a cosmopolitan hub.

Runners, you have arrived in Calgary, AB.

The Calgary Stampede may be the most popular thing in Calgary, but this vibrant city offers much more.

It is situated on the western edge of the Great Plains, in the foothills of the spectacular Canadian Rockies (100 km to the west). The surrounding valleys and uplands are a distinct change from the flat prairie landscapes typical of the region. It is a relatively young Canadian city, the administrative and financial headquarters of the country’s petroleum industry.

However, Calgary’s growth and development were more directly related to its selection as one of the stops along the Canadian Pacific Railway (CPR), Canada’s first nationwide railway. It linked Calgary to central and eastern Canada (1883) and Vancouver (1886) on the west coast. 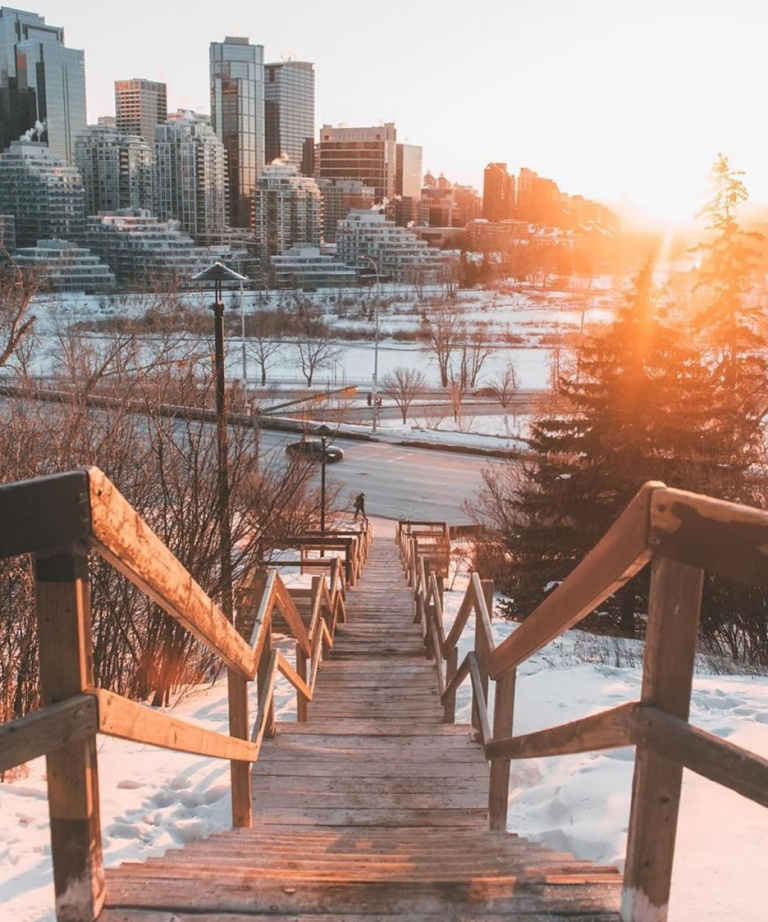 The weather is not easily predictable. Bitterly cold winter days can be altered radically (within hours) by westerly flowing warm Chinook winds. Conversely, it sometimes snows as late as June.

In 2001 the CTrain became the first urban light rail system in North America to be powered entirely by wind-generated electricity.

The city also has a network of walking and bike paths. Calgary is a great city for cyclists: There are 900 km of cycle pathways within Calgary. And in the downtown area a system of enclosed, climate-controlled, elevated walkways some 15 feet (5 metres) above street level—known as Plus 15 (or +15)— you can walk 18km through Downtown Calgary without having to go outside (which is great in the bitter winter months).

With the ski areas of the Rocky Mountains little more than an hour’s drive west of the city, winter sports feature prominently in the leisure activities of many Calgarians. The city is home to several professional sports teams, including the Calgary Flames (National Hockey League), who play at the Saddledome, the Calgary Stampeders (Canadian Football League), and the Calgary Roughnecks (National Lacrosse League).

The Calgary Flames used to be the Atlanta Flames. The team relocated to Calgary in 1980 and has been a source of great pride ever since.

The fastest zipline in North American can be found at WinSport. It’s 500m long with a vertical drop of 100m. It is scary but thrilling. Also, you can surf the river in Calgary. 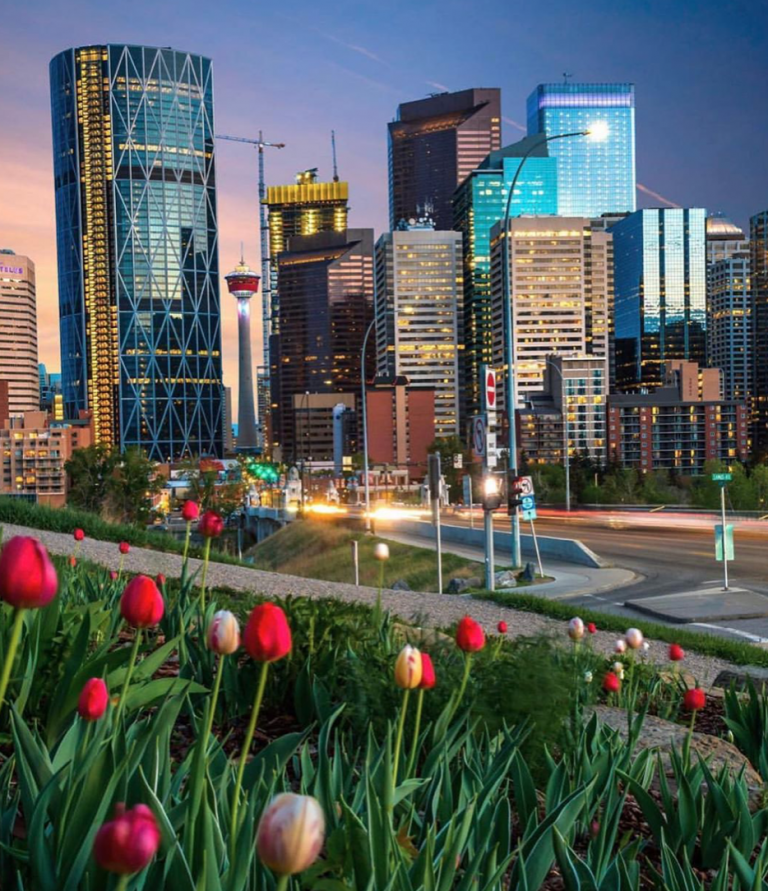 There’s a great view of the Rockies from the top of the 191m tall Calgary Tower. Because you can walk all the way around with unobscured 360-degree views, you’ll see all of Calgary laid out before you too.

25% of Calgarians were born in another country. This, of course, adds to the diversity of this vibrant city and makes for a fun dining scene embracing the delicious cuisines of the cultures. Chinese Canadian classic dish Ginger beef was invented by a chef at Calgary’s Silver Inn.

The Calgary Stampede is the highest-grossing festival in North America. It is also the best place to taste medway food, offering high-calorie, super tasty weird and wonderful treats.

The average age in Calgary is 35.7 years. This makes it the Canadian city with the youngest demographic. Recent reports on a baby boom in the city mean that the median age may drop even further. 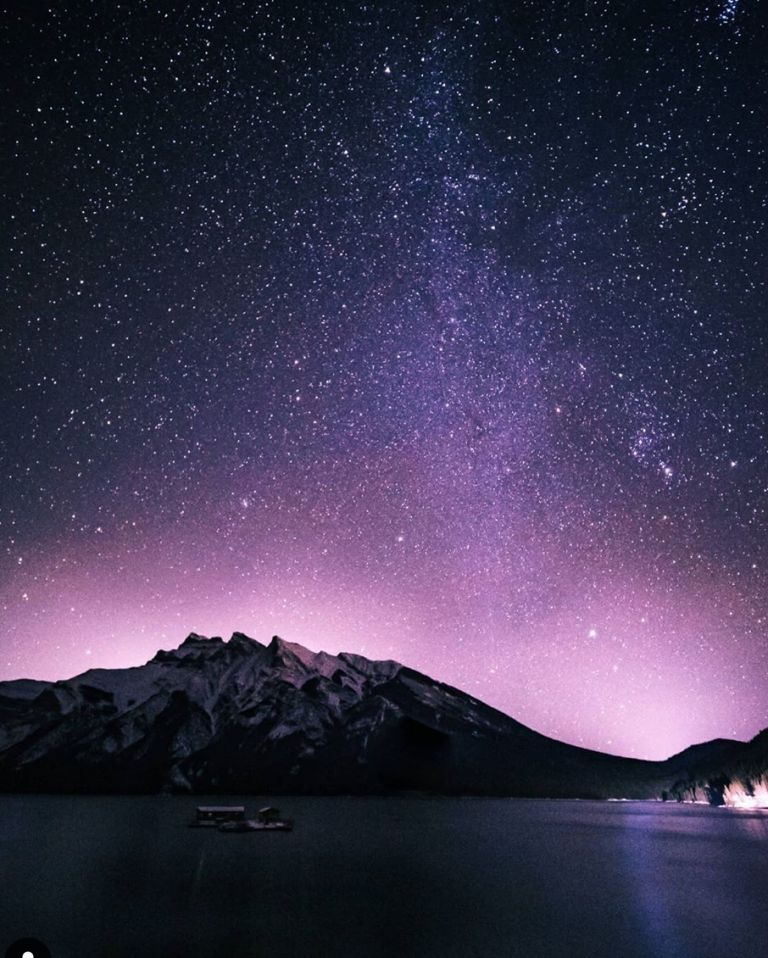 Next Stop - KAMLOOPS, BC