Paris of the Prairies

Saskatoon is a city in south-central Saskatchewan, on the South Saskatchewan River. It was founded in 1883 as the proposed capital of a temperance colony, and its name was derived from Mis-sask-quah-toomina, a Cree word for a local edible red berry.

Following the arrival of the railroad from Regina in 1890 and its amalgamation with two adjoining settlements, Saskatoon experienced rapid growth. 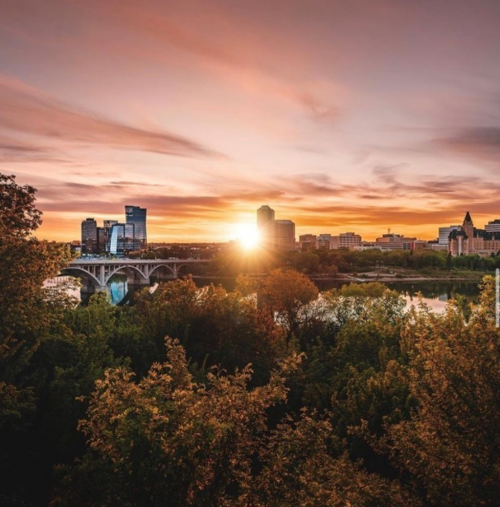 As Saskatchewan’s most populous metropolitan area, Saskatoon is a distribution and service centre for an important wheat-, oats-, barley-, rye-, flaxseed-, and canola-growing region. Mining is also a vital part of Saskatoon’s economy, and the area is among the world’s leading producers of uranium and potash. Natural gas and oil extraction and refining have also grown in importance in Saskatchewan and Saskatoon. 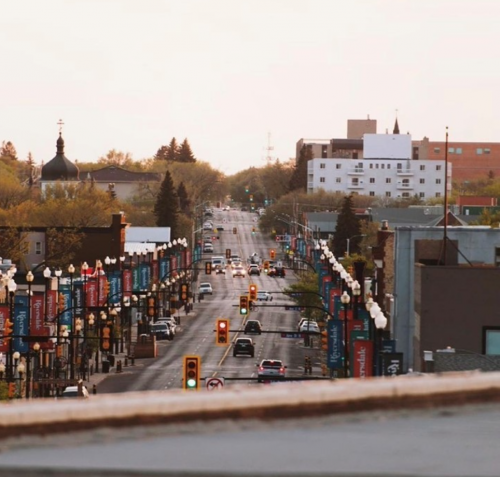 Saskatoon is a cultural and educational centre with its own symphony orchestra; its Mendel Art Gallery and Civic Conservatory and its Memorial Art Gallery have notable collections of Canadian artists, and the central display at the Saskatoon Western Development Museum is a pioneer village street.

Saskatoon is the seat of the University of Saskatchewan and is the site of the Diefenbaker Canada Centre. The archives, museum, and gallery celebrate Canadian history and especially the contribution of Canada’s 13th prime minister, John Diefenbaker.

A provincial school for the deaf and the Saskatchewan Research Council headquarters are also in the city. Pion-Era and the Saskatoon Exhibition (one of Canada’s biggest historical-agricultural pageants) are annual July events. 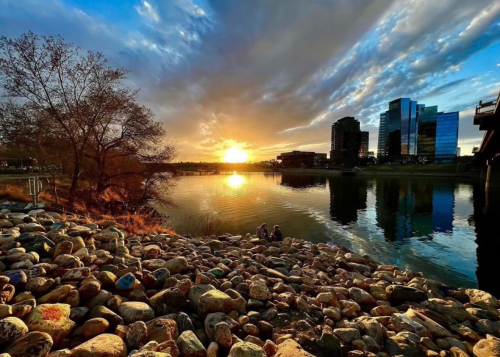 Immerse yourself in our incredible city with passionate people who love what they do.

The choice is yours: river adventures, culinary journeys, community showcases, and luxurious indulgences are just some of the offerings our city has for you. Our all-season destination has pulled together the most exciting suite of experiences that will entice both visitors and locals. You may even want to do them twice, because in Saskatoon, experiencing it once is never enough! 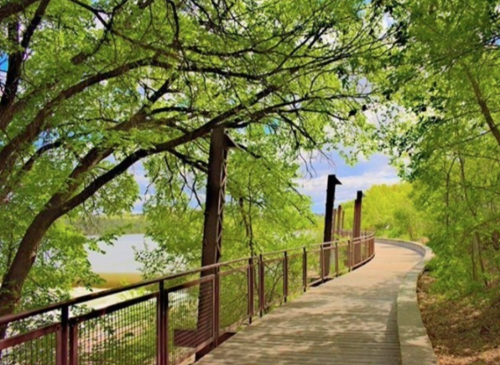 Ah, summer in Saskatoon! Some say it’s pure bliss, and some say pass the bug repellant! Although it is prime mosquito season, don’t let anything stop you from soaking up all the beautiful sunshine or dancing in the rain. This is festival city. A city that loves to celebrate music, art, culture – heck, if it’s in Saskatoon and it’s a thing, they’ll create a festival around it.

June is all about kids, jazz and pride – in the form of the city’s most popular festivals. The month traditionally starts off with the Nutrien Children’s Festival of Saskatchewan. Performers from Saskatoon and further afield entertain the young ones – just be sure to pack a poncho. It’s a well-known fact in Saskatoon that it will rain at least once during the Children’s Festival.

All that rain makes the riverbank nice and green for the SaskTel Saskatchewan Jazz Festival. Held at various spots in the city with the main stage in the Delta Marriott Bessborough Gardens, this 10-day festival welcomes hundreds of world-class artists. The Saskatoon Pride Festival is a diverse, colourful and inclusive event. The Pride Parade grows bigger and bigger each year and is a highlight of the two-week celebration.

In August, it’s time for classic rock and cars in the heart of downtown. The Rock 102 Show & Shine weekend comes just as you’re starting to realize summer’s end is near. Toss in some classic rock at Rock the River music festival and trust us, you’ll forget your summer’s end woes after this iconic Saskatoon weekend.

There’s a few delightful ways to end a summer’s day in Saskatoon – and, of course, you need to do it outside! Head up to Drift’s rooftop patio for stunning views of the city and river valley or to Shift’s patio at the Remai Modern on the banks of the South Saskatchewan River. 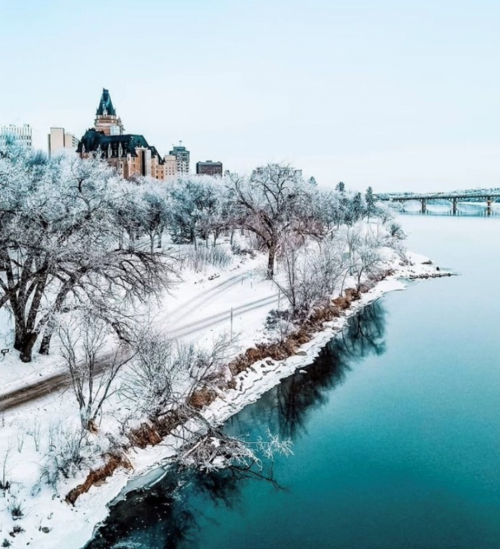 They may not have mountains, but they know how to make the cold cool.
It’s how they do winter in Saskatoon. They’re all about winter fun, from kicksledding along the South Saskatchewan River to hosting the world’s largest snowball fight. Whether you’re a skier, a skater, a sledder, or someone who prefers the great indoors, winter in Saskatoon has something for everyone.

There’s no shortage of fun to be found in the wintertime. Grab a toque and get outside!

A few that live around here will say the best part of winter in Saskatoon is when it’s over. But the majority of them hardy prairie folk find fun and enjoyment in every season. That’s the beauty of living in a four-season destination! Although, it’s always a great feeling to not have to wear socks every single day.

The sound of spring is heralded by the honking of thousands of Canada geese arriving back home, and it lifts the spirits of locals. But the pelicans, they arrive silently and serenely, swooping down to the weir to start their fishing season. The annual Pelican Watch Contest (guess the first pelican’s landing date and time to win) is a big deal – and another sure sign spring has arrived.

You’ll have a blast no matter what month you visit. 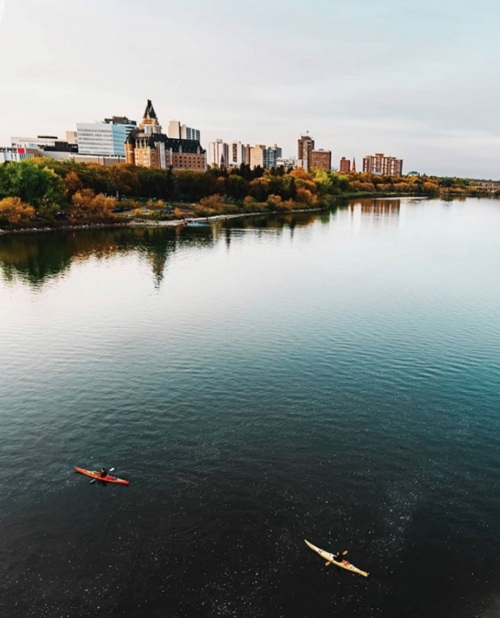