Runners, you have arrived to Toronto, ON. 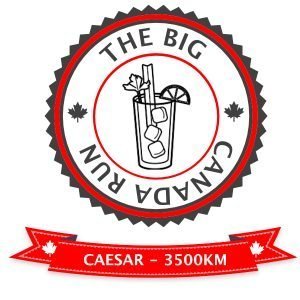 The origin of the city dates back to the 17th century when Lake Simcoe was called some version of “Taronto” between 1670 and 1710. The root “-ront” refers to trees. The original word might have been “Tkaranto” meaning “where there are trees in water.”

In the 1720s, “Toronto” became associated with a post by the mouth of the Humber River, the starting place for the “Carrying Place,” the canoe and portage route from Lake Ontario to the waters that flowed into the upper Great Lakes.

The city was founded in 1793 as the City of York and evolved into the great city we now know, changing its name to Toronto in 1834. Nowadays, almost 25% of Canada’s population lives within a 160 km radius of Toronto.

Toronto is the fifth-largest city in North America, only under Mexico City, New York City, Los Angeles, and Chicago. Toronto hosts over 40 million visitors a year. 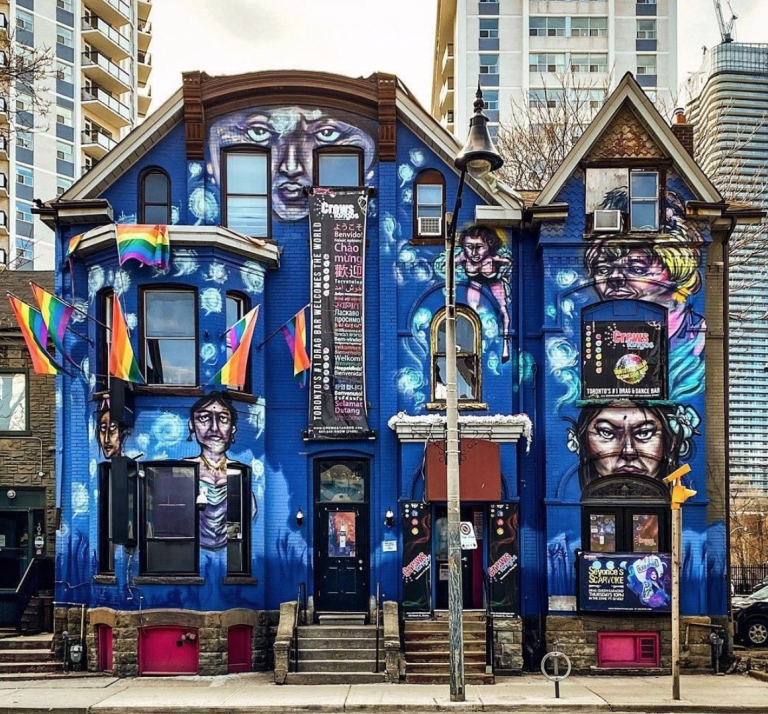 Toronto is considered to be one of the most multicultural cities in the world. Over 30% of Toronto residents speak a language other than English and French. Just ride the subways, and that fact will hit home. Dual language street signs can be found in Little Italy, Little Portugal, and Chinatown.

Toronto’s Yonge Street is the longest street in the world, according to the Guinness Book of World Records. It ‘s 1,896 km long.

PATH is the most extensive underground pedestrian system in North America. It connects 1200 stores and restaurants, 50 office towers, 20 parking garages, five subway stations, and a railway terminal over its twenty-eight kilometre length. Each letter in PATH is a different colour representing a different direction: P is red and points south. A is orange and leads west. T is blue and directs north. H is yellow and points east.

The world’s largest underground sidewalk sale happens once a year, with all the businesses found along the PATH.

Toronto ranks second as the world’s most business competitive global city. And that is one of the reasons many Canadians decide to live nearby. 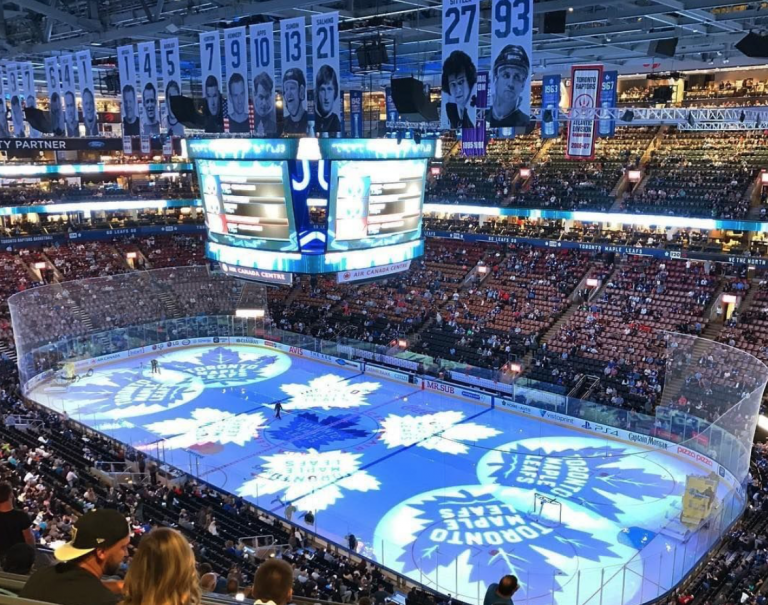 Toronto is the only Canadian city with representation in 7 major league sports.

The Toronto Maple Leafs haven’t won a Stanley Cup since 1967. And despite being consistently one of the worst teams in the NHL, they have a loyal fan base, and tickets are always sold out.

Hanlan’s Point Stadium in Centre Island is where Babe Ruth made his first professional home run. 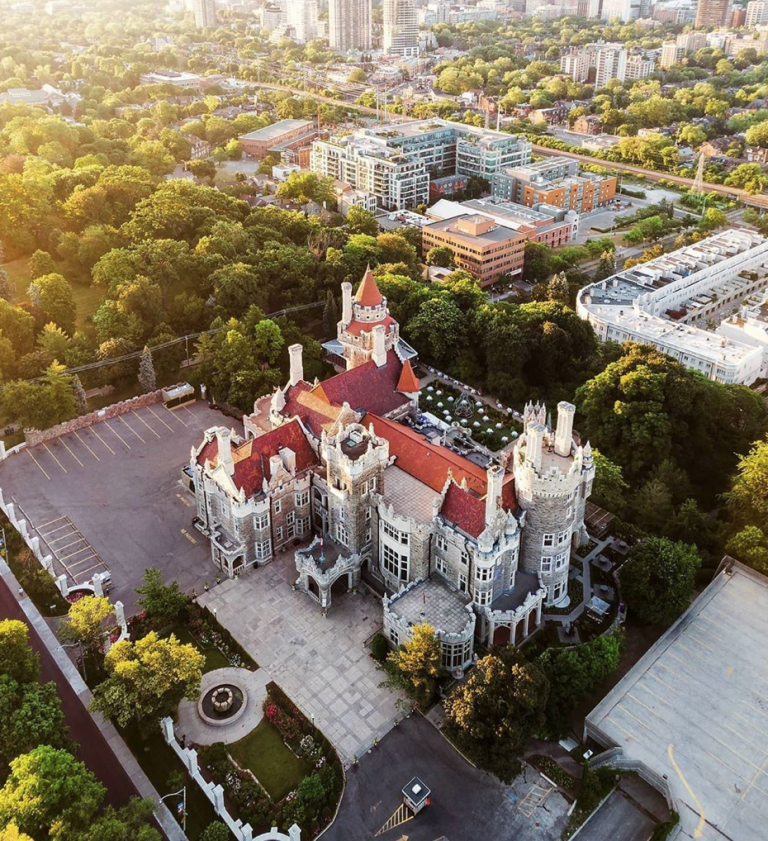 Toronto has a multicultural offering and has something exciting for everyone, for example, visiting Casa Loma, the only authentic castle in North America, or what about the amazing aquarium.

The film industry in Toronto employs 28,000 jobs and brings in approximately $1.5 billion each year. 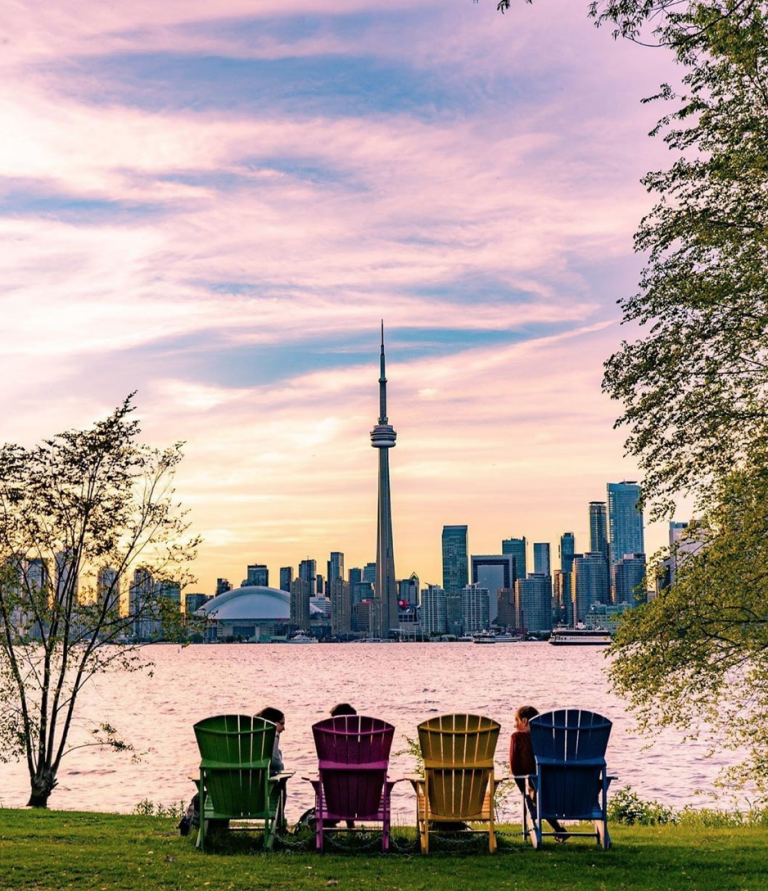 Caribana is the largest single-day parade in North America. The parade route is 3.6 kilometres long. It starts at 10 AM and finishes sometime around 8 PM. Over one million spectators come to see over 10,000 costumed participants.

With a shoreline that stretches for 43 kilometres – or 138 kilometres if bays and islands are factored in, and 1600 parks, Toronto offers plenty of astonishing pathways to ru

Toronto is one of the most important cultural centers in North America. You’ll find The National Ballet Company, The Canadian Opera Company, The Toronto Symphony Orchestra, and the Toronto Mendelssohn Choir as well as loads of small theatres and those boasting Broadway-style productions.

There are over 8,000 restaurants in Toronto, and it would take you 22 years to try them all if you tried a new one every night.

With so many options and different activities to choose from, a waterfront run sounds like a great place to start.

Next Stop - Sault Ste. Marie, ON