Welcome to Watson Lake, a community in southern Yukon. It lies along a small lake on the border with British Columbia. It originated as a 19th-century trading post and was named after Frank Watson, a pioneer trapper-miner. It is now an essential communications and distribution point for the southern part of the territory. Today, his children and grandchildren continue to play an important role in the Watson Lake community.

Within merely 8 months and 12 days, the Alaska Highway, which had previously been nothing but a rough pioneer trail of 2,450 km (1,522 mi), became a major transportation route that connected northern communities to the south.

The Alaska Highway project left behind a permanent settlement and community at Watson Lake, which today serves as a central service area for travelers to and from the Yukon and Alaska, as well as a hub for Yukon mining and logging industries. It is truly the gateway to the Yukon.

The community has road connections to Whitehorse and to Canadian cities to the south. It is also an important base for prospectors, hunters, trappers, and fishermen and is the site of Yukon’s largest lumbering and sawmilling operation. 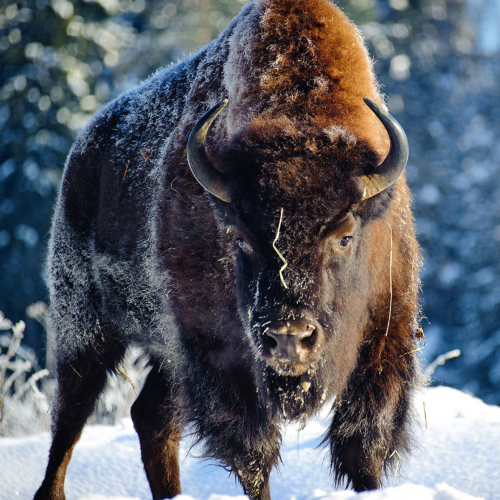 Wood bison, the largest land mammal in North America, can often be seen grazing along the Alaska Highway south of Watson Lake.

At the Northern Lights Space and Science Centre, summer visitors hear the legends and learn the science of the mesmerizing aurora borealis. Be amazed as colourful northern lights dance across a panoramic video screen. This is your best chance to see the aurora in the summer when the Yukon skies swap northern lights for the midnight sun. 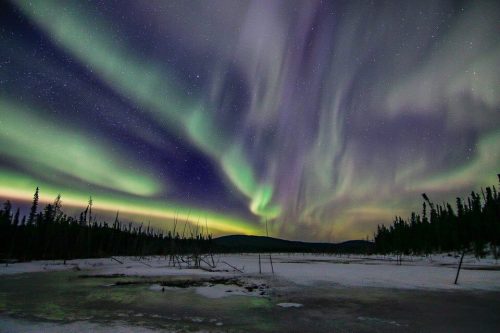 Back outdoors, Wye Lake is a scenic park with a playground, picnic area and a 2.5-kilometre trail that loops around the lake. Right downtown, it’s a great spot to birdwatch, relax and chat with the locals. Lucky Lake, about 5.5 kilometres out of town, is a pretty getaway that’s great for swimming and wildlife watching. Hike the forest trail down to the fast-flowing river for a view of the Liard River Canyon. 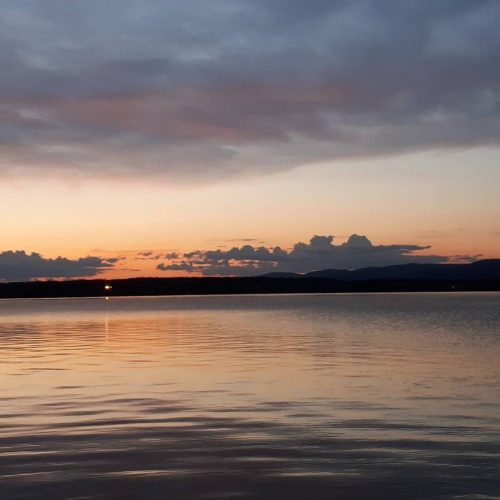 The “Sign Forest” at Milepost 634.3, just east of Watson Lake, is an unusual collection of signposts that originated in 1942 with homesick Alaska Highway construction workers who erected signs bearing the names of and distances to their hometowns; visitors from around the world have since posted their own signs, creating a one-of-a-kind attraction—crowdsourcing decades before people even knew what crowdsourcing was. Walk the pathways lined with over 85,000 signs and find a spot to add your own. 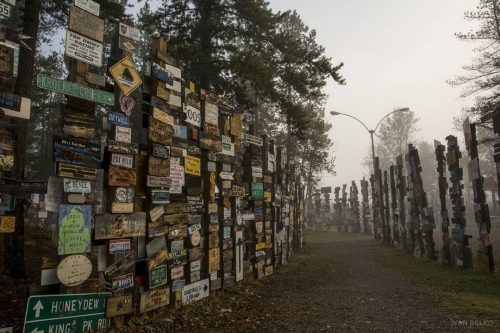 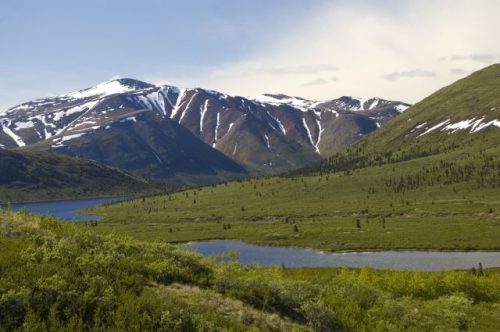