A taste of Europe in Canada

Runners, you have arrived to Quebec City, Quebec. 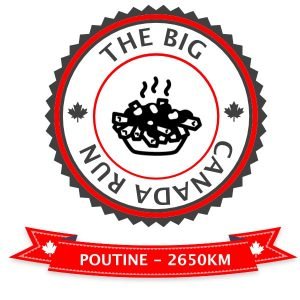 You’ve run your kilometres and earned your badges, now it is time to relax and enjoy this magnificent city.

The word “Kébec” is an Algonquin word meaning “where the river narrows.” It is the oldest permanent settlement in Canada.

The Historic District of Old Quebec is one of the UNESCO World Heritage Sites in Canada. It is considered a world heritage treasure, and it certainly is. 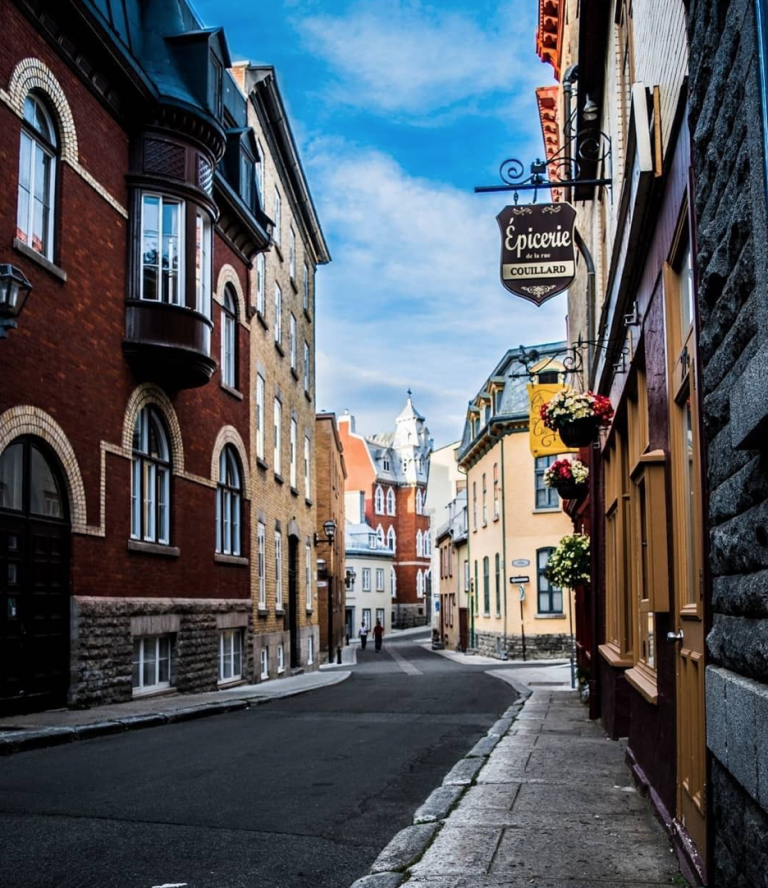 You can start your visit to Quebec with a nice meal overlooking the beautiful Saint Lawrence river, followed by a walk to stretch your legs around Place Royale and Rue du Petit-Champlain. You definitely feel the culture and history embedded in the cobblestone streets.

Quebec City will take you back to another era.

One of the most fascinating things about the city is crossing the walls that surround the old town. Once you do it, you will keep going up for what looks like 30 flights of stairs.

Every step you take, the views grow more and more beautiful, the old buildings, the rivers, the green, the waving Canadian flag on top of the fort in La Citadelle. It is all breathtaking. 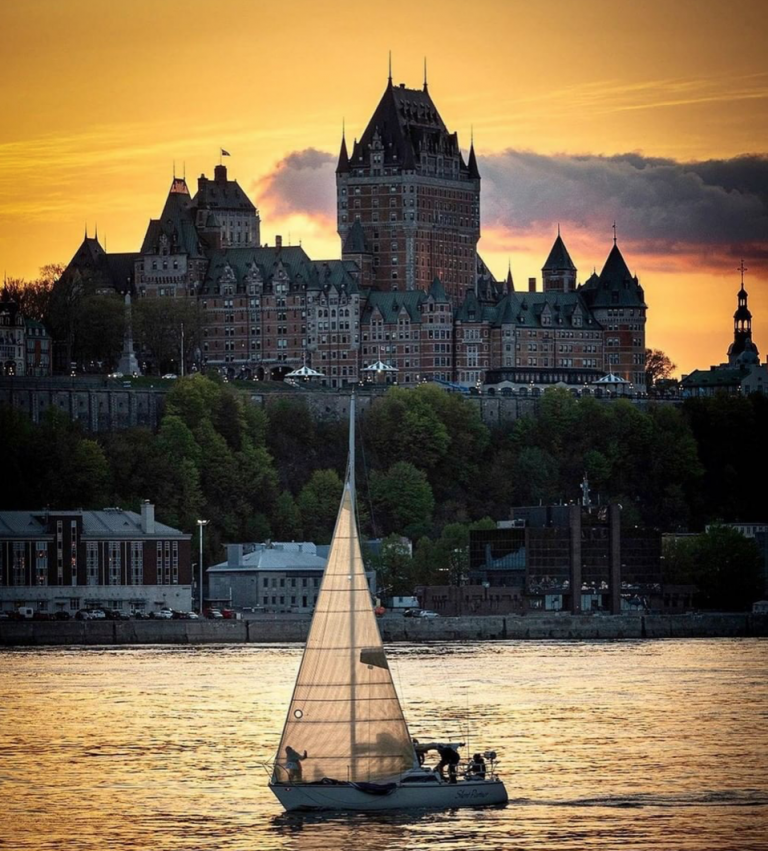 At the top is also the most photographed hotel in the world. The Château Frontenac, which some say looks like taken from a Harry Potter book, is a castle that was never a castle. It gives the old port a magnificent skyline.

Quebec City has 149 days on average per year when the snow is at least one inch deep. The average annual snowfall is 342 cms (135 inches), and the average annual rainfall is 86 cms (34 inches).

Quebec is the largest province in Canada, the majority of which is uninhabited. It is 3 times the size of France.

There are more than half a million lakes and 4,500 rivers in the entire province. Due to this, canoeing is one of the most popular summer activities and also ice canoeing over the winter. 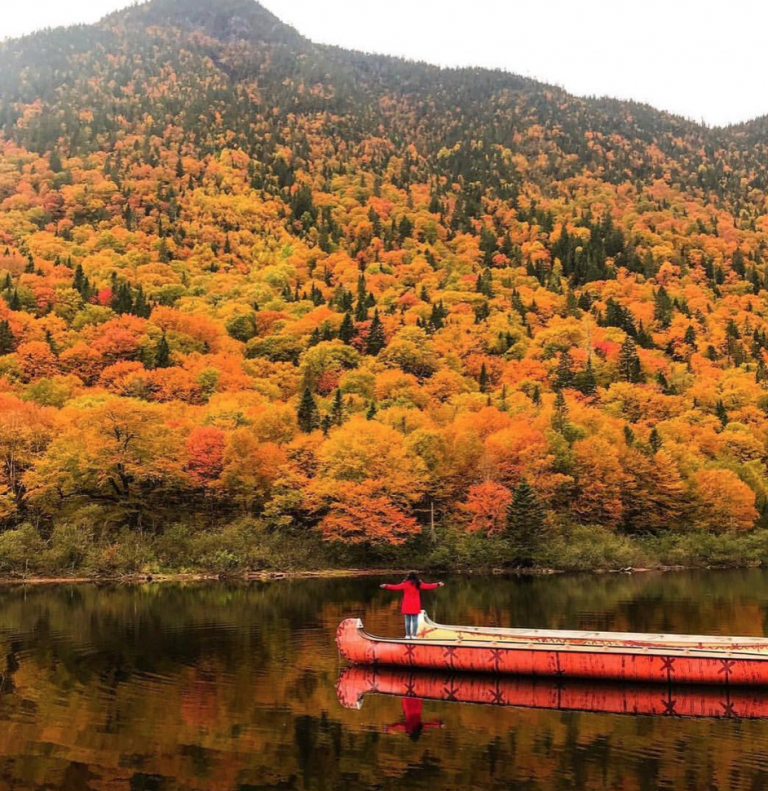 The province of Quebec produces almost 90% of all maple syrup in the world.

Inside, Notre-Dame de Québec has a golden baldachin over the altar and tabernacle that looks like a miniature version of the one in St. Peter’s Basilica in the Vatican.

The Université Laval was founded in 1852. It is regarded as both the oldest educational institution in Canada and the first French-language university in the Americas.

Before going back to your running, let’s take a small detour. Just a few minutes outside of the city is a sight you can’t miss, the Montmorency Falls, which are 30 metres higher than Niagara Falls. 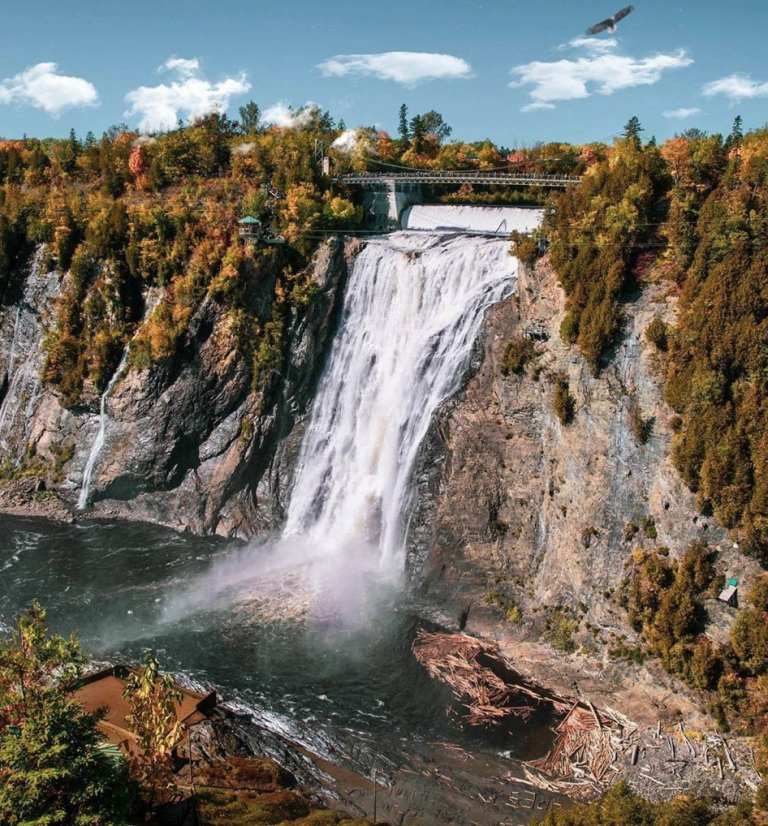 Visiting these falls, you will have a very whole experience, educational, entertaining, and a full workout climbing down and then back up to see the water up close. You can use the zip line, the funicular, or simply walk over the water, taking in all the beauty.

You will leave Quebec City happier than how you got here, it is an unforgettable place.